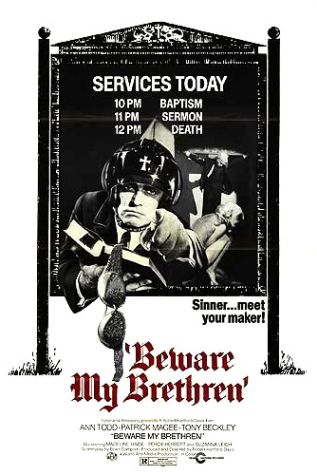 Talking Pictures TV Talking Terror InfernalCinema.com
0 likes82 views3 min
James Simpson, of InfernalCinema.com, takes a closer look at the most interesting horror, sci-fi and just plain bizarre films to be shown on Talking Pictures TV each week… For the week of Saturday 2nd July – Friday 8th July. First up is Ghost Ship (airing 19.30 on Saturday), a film almost 65 years old. Directed by the legendary Vernon Sewell it's story is exactly what you'd expect with a title like Ghost Ship. Tame by today's standards what makes this stand out of the TPTV schedule is that it was the first horror role of starlet Hazel Court. The ship featured is actually Sewell's own vessel (he was a huge fan of boats and sailing). Also airing on Saturday is Beware My Brethen (00.35). Beware... is the US title for Robert Hartford-Davis' 1972 lunatic killer/weirdo cult yarn The Fiend. The story follows the exploits of 'The Brethen', a group of religious fanatics that hold gatherings in the home of new member Birdy (Ann Todd) and her unstable son Kenny (Tony Beckley). A somewhat hysterical depiction of a group of disturbed people that sees plenty of blood and pretty women it's biggest asset is perhaps Patrick Magee. He's makes for an imposing figure as the leader of 'The Brethen'. 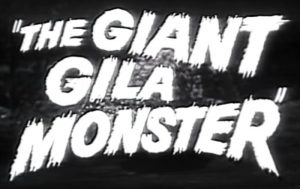 Sunday 3rd July on TPTV involves some notoriously bad, yet oddly entertaining, giant monster films from the fifties. 1959's The Giant Gila Monster (10.55) is meant to be about a huge lizard terrorizing a small US town only it seems more concerned with fast cars and the singing ability of star Don Sullivan. Despite the title there is no Gila, a different reptile is used on screen. It ended up as an episode of Mystery Science Theater 3000 (take that for what you will). 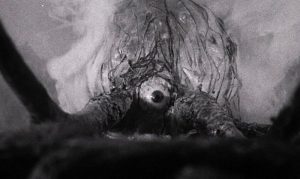 Later on there is The Trollenberg Terror (22.50), aka The Crawling Eye, which was the big screen adaptation of a TV series of the same name. The titular 'Terror' is a giant squid/eyeball/brain mash up that must have looked like a terrible prop even by the standards of the late fifties. This movie has a more serious approach, as efforts are made to give a scientific reason for the creatures existence as well as a hint of anti-Cold War preaching happening. The Crawling Eye would also end up as an episode of MST3K. Honourable mentions: Nine Deaths of the Ninja (Sat 2nd at 02.20) Behemoth the Seamonster (Sun 3rd at 15.30) and Don't Talk to Strange Men (Wed 6th at 23.15). You can watch TPTV on Freeview 82, Sky channel 343, Freesat 306 and Youview 82 [ABTM id="1035" ]
0 Facebook Twitter