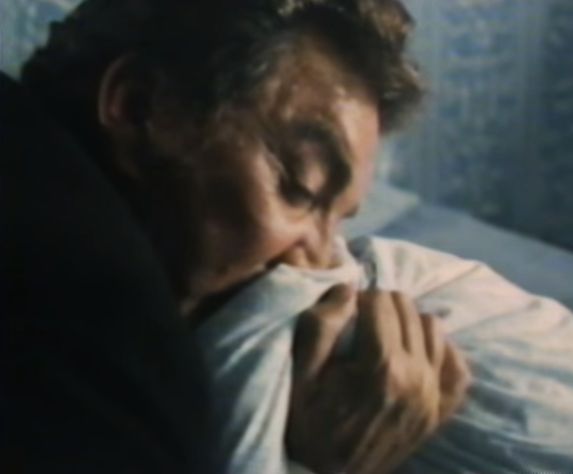 James Simpson, of InfernalCinema.com, takes a closer look at the most interesting horror, sci-fi and just plain bizarre films to be shown on Talking Pictures TV each week…

After the previous weeks loaded Frightday horror/cult movie marathon, Talking Pictures TV cools off somewhat on the scarier and bizarre films they could have filled the upcoming week’s schedule with. But they still have some vintage frights on offer, one of which will be looked at in closer detail… 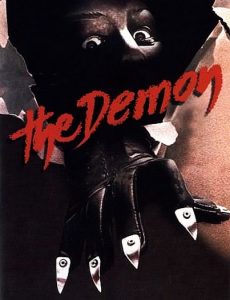 A movie that has several genres vying for attention, the story initially begins with the murder of a young girl. Her grieving parents hire psychic Bill (Cameron Mitchell) to try and discover the identity and whereabouts of this man. Bill soon learns the killer is beyond evil and highly dangerous. The movie then goes for a more typical slasher approach as the maniac starts killing random women and stalking a school teacher.

The narrative continues to shift focus between these two plot strands, along with a few other twists, for the rest of the feature.

The Demon is a disjointed movie as a result of the jumbled plot on offer, director Percival Rubens abruptly switching from psychics to supernatural killers to love affairs. Some moments seem so far removed from what he has been establishing before it that it feels as if a different film completely is now on screen.

There is also gratuitous nudity that is inserted in a similar slapdash manner. With this, however, it is obvious why Rubens has put it into his feature: T & A. He’s consistent in that regard.

One memorable thing that The Demon has going for it is the manner in which some of the murders are carried out. Some victims are slain with a knife tipped glove welded by the maniac. That concept may seem old hat when A Nightmare on Elm Street famously had Freddy Krueger dispatch his victims this way. What makes The Demon different though is that it pre-dated Elm Street by three years. The knives used in The Demon are much shorter and look more like steel claws than Freddy’s long blades but the link is still there. This macabre way of murder frustratingly doesn’t get as much attention as it deserves.

Cult cinema fans will be aware of it’s star, Cameron Mitchell. From Blood and Black Lace to Toolbox Murders to The Swarm the American actor has had many noteworthy roles in films that have left lasting impressions. In The Demon he struggles to make the best out of a frivolous script, sadly.

For it’s sheer oddball nature The Demon is a strangely compelling watch: Rubens has created a bad yet perversely rewarding movie.

Any cookies that may not be particularly necessary for the website to function and is used specifically to collect user personal data via analytics, ads, other embedded contents are termed as non-necessary cookies. It is mandatory to procure user consent prior to running these cookies on your website.