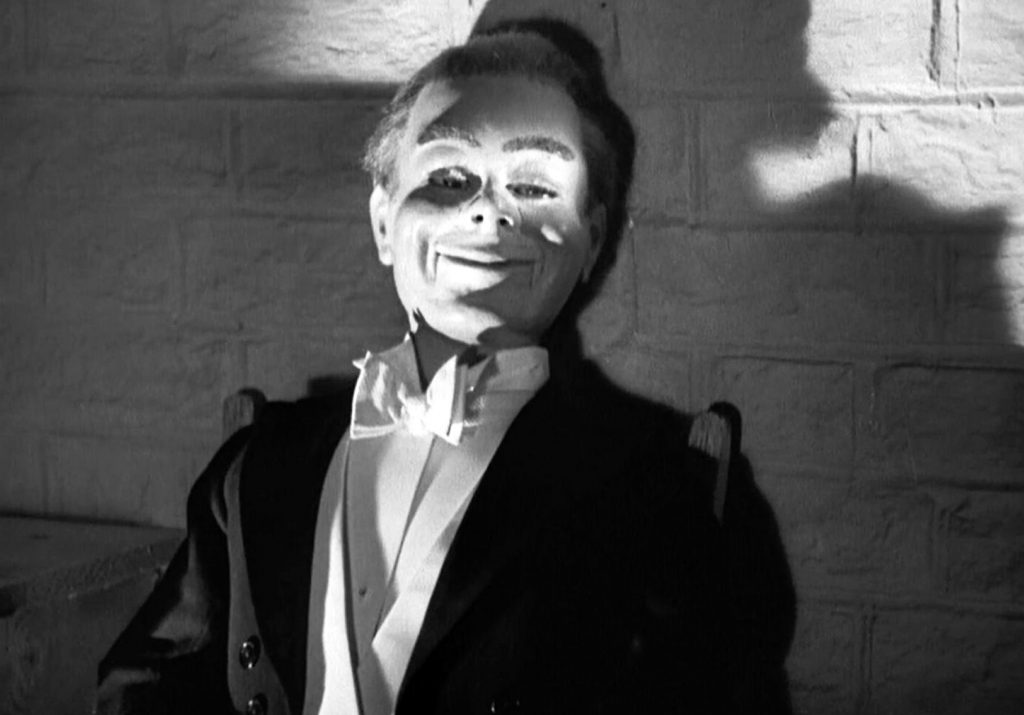 Talking Pictures TV Film Reviews Infernal Cinema, James Simpson
1 likes336 views4 min
James Simpson, of InfernalCinema.com, takes a closer look at the most interesting horror, sci-fi and just plain bizarre films to be shown on Talking Pictures TV each week... Welcome and what better way to start this new feature on Talking Pictures TV's horror/sci-fi-cult output than to take a look at their upcoming Frightday event? Taking place on Friday 17th June, Frightday sees TPTV dedicate a whole day of their schedule to vintage horror movies plus other ghoulish gems.

Directed by John Gilling, just a year before he made Hammer horror classic The Plague of the Zombies (1966), this alien sci-fi flick starred John Saxon. The plot is about aliens from a moon of Jupiter that need to mate with human females to stop their species becoming extinct. They kidnap several women for this purpose. Gilling manages to get an inane plot to an about average standard, with some of his direction making great use of scenes filmed at night. Saxon's involvement is interesting, this role came at a time when he plied his trade in Europe following a falling out with Hollywood. Special effects are of a low quality, Gilling wisely keeps camera time to a minimum in relation to this. Ultimately Night Caller is a little daft and sometimes very outdated but has sci-fi kitsch value. 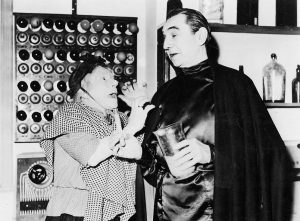 Another film by the late John Gilling, this is a comedy that has a tongue in cheek horror hue and one HUGE legend of cinema. The titular Old Mother Riley was actually played by a man – Arthur Lucan. His performance in this, and other movies that featured Riley, could best be described as Mrs Brown's Boys meets Mrs Merton. This time round the old dear is accidental sent a robot belonging to a 'Dr. Riley' aka 'The Vampire': Bela Lugosi. The doctor was planning on using it to create an army of others to take over the world and isn't happy. While not many of the fifteen Old Mother Riley features are hugely remembered, this one is. It was not only the last in the series (due to Lucan's untimely death) it also had 'Dracula himself' Bela Lugosi co-star. Bela's glory days were long behind him by this point, doing this to make some money after a failed UK stage version of Dracula. Here Lugosi isn't actually a vampire, more of a mad scientist type. Although the plot isn't original (a rip off of another horror comedy, Abbott and Costello Meet Frankenstein) it still manages to get some laughs and both Lucan and Lugosi are funny. The humour on offer at times feels very pantomime, something many Brits still appreciate. 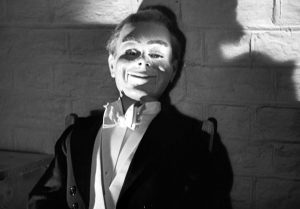 A classic horror anthology, Dead of Night (directed by Alberto Cavalcanti, Charles Crichton, Robert Hamer and Basil Dearden) is a decent collection of stories. But one in particular stands out from the rest... The short in question is 'The Ventriloquists Dummy'. It follows Maxwell (Michael Redgrave): a ventriloquist that believes his dummy, Hugo, is alive. The interactions the two have, as well as with other characters, are well scripted and have an intense nature. Cavalcanti, the director, manages to build the story into a psychological horror that ends on a grim note. An honourable mention should go to 'The Haunted Mirror' (dir. Robert Hamer), but viewers will finish watching Dead of Night with Hugo in mind. An excellent movie to watch late at that. Frightday has these and many more vintage gems airing, so here are some that deserve an honourable mention: Greed of William Hart (start time: 9.30) Fall of the House of Usher (20.00), House on Haunted Hill (00.50). Frightday kicks off on Talking Pictures TV Friday 17th June at 6am with Blood of the Vampire. You can watch TPTV on Freeview 82, Sky channel 343, Freesat 306 and Youview 82 [ABTM id="1035" ]
0 Facebook Twitter