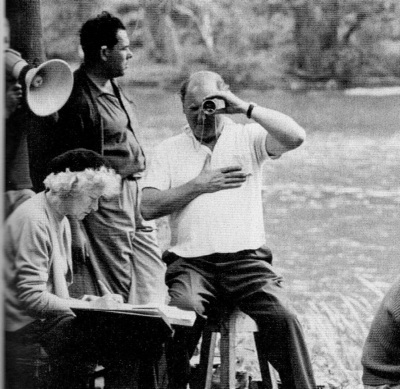 Talking Pictures TV TPTV Spotlight
0 likes266 views3 min
John Gilling is not a forgotten filmmaker: after all, he fell in with the heads at Hammer Films, and that ensures a certain recognition amongst aficionados of British horror at least. But he's a figure worthy of greater consideration – and since this is a spotlight dedicated to exploring the dustier recesses of British film, so in Gilling’s case, it makes ample sense to cover the career of this oft-neglected director. He was extremely prolific: he seems to have averaged something like two films a year for much of his working life and he worked in a variety of styles. His crime movies he made in the fifties and early sixties are equally as important as the horrors. Partly, that's because they're available to us again through Talking Pictures TV and DVD releases and partly because some of them are very good indeed. But crime and horror are only a part of his career. Born in London on 29 May 1912, John Gilling first entered films in 1933 as an editor and was an assistant director, starting with Father O'Flynn in 1935, until his Royal Navy service in World War II. Gilling began screenwriting with Black Memory in 1947, and made his directing debut with Escape from Broadmoor (1948). Gilling also produced and directed Mother Riley Meets the Vampire (aka Vampire Over London, aka My Son the Vampire) in 1952 bringing together Bela Lugosi and the very English Arthur Lucan as Mother Riley. Gilling continued through the 1950s making several entertaining 'quota quickies' such as The Voice of Merrill for Monty Berman's Tempean Films. He entered television too directing in several British made series that received international distribution such as Douglas Fairbanks Jr Presents and Gideon's Way, as well as Monty Berman's The Saint, The Champions, and Department S. Starting in 1956 Gilling directed and wrote several films for Albert R. Broccoli and Irving Allen's Warwick Films including the film that launched Anthony Newley’s career as a pop star Idle On Parade in 1959. A John Gilling Enterprises production company made Fury at Smugglers' Bay in 1961 but it was deemed unsuccessful. Gilling then joined Hammer Films directing Shadow of the Cat where he achieved his greatest fame with several horror films as well as making the non-horror Hammer films The Pirates of Blood River (1962) and The Scarlet Blade. Gilling was also responsible for directed the second Charles Vine superspy film Where the Bullets Fly in 1966. He was often thought of as having a crabby disposition and at time being “difficult” to work with, but his track record showed more hits than misses and therefore his disposition was often overlooked. But after making Cross of the Devil in 1975, Gilling retired to Spain where he whiled away the time painting. He died in Madrid aged 72 on 22 November 1984.
0 Facebook Twitter