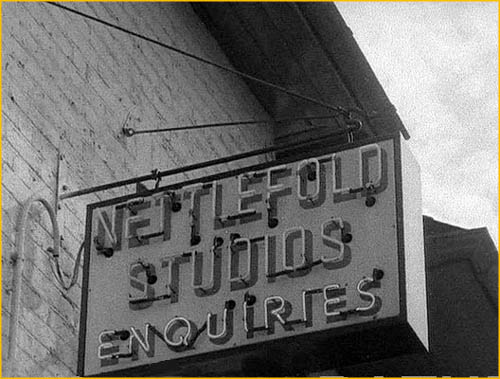 Talking Pictures TV TPTV Spotlight
0 likes1.89 K views5 min
Nettlefold Studios - In was in 1899 that film pioneer Cecil Hepworth leased a house – The Rosary - for an annual rent of £36 in Hurst Grove, Walton on Thames. He added a film recording studio with electric lighting and a film laboratory. A 15ft by 8ft soundstage was constructed in the back garden of the property and Hepworth Studios, as it was originally named, was born. Hepworth along with cousin Monty Wicks created the company Hepwix and began producing short documentary films and by the turn of the century, turning out around 100 films a year. By 1905, Hepworth built a larger glass stage and began producing ‘trick’ films as well as filmed material in other genres but tragedy struck in 1907, when the Studio was wrecked by a fire, which claimed the life of a staff member. The Studio continued production through the World War 1, producing short propaganda films to support the war-effort, but by 1923 the ‘Hepworth Picture Plays’ company that was employed at the Studio, declared bankruptcy due to the increasing competition from rival film companies. To make matters worse, Hepworth's entire back catalogue of 2000 films were destroyed, a disaster in which 80% of British films made between 1900 - 1929 were lost. Better days where to come when in 1926 the studio was purchased by one Archibald Nettlefold. Renamed as Nettlefold Studios, it began production of comedy silent films starring Walter Forde, until it was upgraded to sound production with the advent of sound film in the early 1930s. The thirties saw the Studio mainly producing what were known in the industry as ‘Quota Quickies’ as part of the Government's Screen Quotas programme, designed to protect England's cinematic production industry  in the rapidly developing threat from Hollywood, USA. During the World War 2 the Studio's buildings were requisitioned and used as a storage facility for the war-effort by the Government. The Vickers-Armstrong Aircraft Company built two new aircraft construction hangars on the site, to reinforce and disperse its production capacity after damage by enemy bombing attacks, at its factory site further up the River Thames at Kingston upon Thames. Nettleford died in 1944 and as a result of this, when the Studio reopened post-war it was sold in 1947 to Ernest G. Roy. The declining post-war British film industry meant that only a few domestic films were made there in the late 1940s/1950's on modest budgets. To keep the Studio afloat an 'open door' hiring policy was initiated, where the Studio's facilities were made available to hire for non-sited companies, which led to a contract being signed with Columbia Pictures. American actors who filmed there included Douglas Fairbanks Jr., Bette Davis, and Rock Hudson. In 1955 Sapphire Films, first rented the Studio and then bought it, renaming it ‘The Walton Studios.’ Sapphire Films produced 143 episodes of ‘The Adventures of Robin Hood’ for commercial television on 35mm film at the facility in the late 1950's. Other successful TV series produced there including; The Adventures of Sir Lancelot (1956), The Buccaneers (1956) and The Four Just Men (1959). But the writing was on the wall in a rapidly changing world. By the start of the sixties, the Studio ran into serious difficulty with financing. Unable to compete with other television studio production facilities, it ceased trading and was closed in March 1961. Most of its equipment was sold to the nearby Shepperton Studios, and some of its 200 former employees transferred there. In 1965 the development was opened by actress Honor Blackman and a plaque was unveiled in tribute to the former studio site. The majority of the Studio's buildings were demolished in the early sixties and the site was sold for house building. All that remains of the Studio today is the power generating house, originally built by Hepworth, which was converted into a theatre in 1925. It is now known as the Walton Playhouse and is primarily used as a theatre for amateur productions. Some of the great British films – fondly remembered and seen again on Talking Pictures TV – that were made at these studios included Tread Softly Stranger (1958), Albert R N (1953), The Blue Parrot (1953), The Pickwick Papers (1952), Scrooge (1951), several Old Mother Riley films, Svengali (1954), Send For Paul Temple (1946), The Naked Truth (1957) and so many more. The studios – Hepworth/Nettleford/Walton - may be no more but thankfully its legacy of film footage will continue to delight us for many more years to come. TRIVIA FACT: Director Maclean Rogers was a contract director to the studios.
3 Facebook Twitter