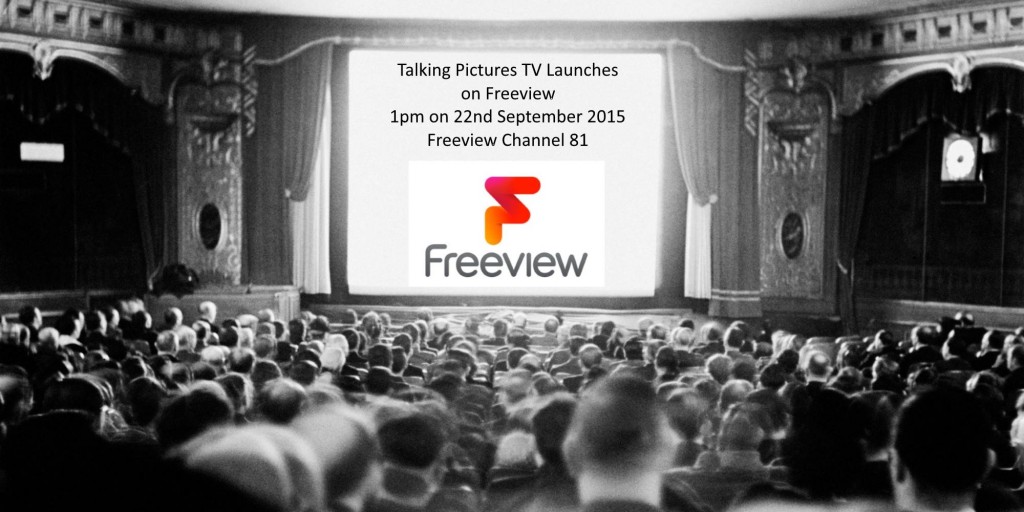 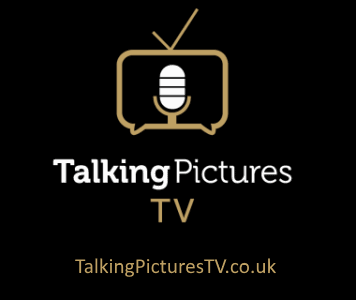 Whether it's westerns or weepies, comedies or creepies, Talking Pictures Television has it all. So, grab your bag of popcorn and your drink on a stick, take your seat in the one~and~nines, and re~live some of the rarest and greatest gems from Film history… Following its successful launch on SKY epg 343 Talking Pictures TV is launching on Freeview channel 82, on Tuesday 22nd September 2015 at 1pm . We will be available to 70% of the UK population in most major cities and towns. Do you remember the sheer joy and excitement of Saturday Morning Pictures? Where Heroes and villains and clowns and crooners, invariably in glorious black & white, would entertain you for hours and hours. Now those glorious days return, and it's not just for Saturday mornings. It's twenty four hours a day. Every day! 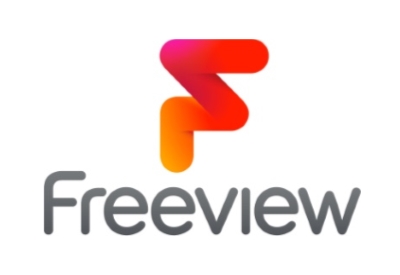 Can I get Talking Pictures on Freeview Where I live? Enter your address into Freeview’s coverage checker to see if Talking Pictures TV is available in your area. http://www.freeview.co.uk/availability The Freeview coverage checker gives a good indication of whether you’ll be able to receive Freeview. However, do bear in mind that it is a prediction based on an area 100 square metres around your address. There might be some homes in that area which cannot receive Freeview, because of the exact location of the property and other elements of your local geography, such as tall buildings, trees or hills. When you buy a Freeview HD TV or other equipment, we recommend that you make sure that you can get a refund from your retailer if these local factors prevent you from receiving Freeview. What Equipment do I need? You might already have it. Check if your television is labelled ‘Freeview HD’. If it is not then you can buy a Freeview HD Recorder (set top box). Freeview has a list of models available here: http://www.freeview.co.uk/get-freeview#freeview-box-with-tv You will also be able to receive the channel if you have Youview, if it does not appear try retuning your Youview box. Do I need to retune? Some televisions do not autotune. If you are within coverage and the channel does not appear we recommend you try retuning your television or set top box. Here is a link to some instructions on how to retune: http://www.freeview.co.uk/when-to-re-tune Will I need to change my aerial to get Freeview HD? In most cases if you can already receive Freeview using your existing aerial, then it will be able to receive Freeview HD. If you’re not sure, then your local aerial installer will be able to advise you. Are the films on Talking Pictures shown in HD? Although Talking Pictures is not broadcast in HD it is broadcast from the HD multiplex so you need HD equipment to view it. Freeview Advice Line If you have any further questions you may find the answer on the Freeview Website - http://www.freeview.co.uk/articles/faq/before-you-buy/freeview-hd Alternatively you can call the Freeview advice line on 03456 505050
0 Facebook Twitter

Any chance of appearing on Virgin Media?

We are working on it Drew – Keep watching this space 😉

Why, given we are talking film, does one require an HD Box to view on Freeview? Confused? At my own home I use an SD Freesat box and have been able to tune in using the details provided, and love the Chanel, but at my Parents house, they just have standard Freeview and their Televisions won’t tune in to it. Very frustrating, yet no logical reason for it. It’s an excellent Chanel, and it’s a shame that it seems to only be available to the “Elite” who have the latest receiving equipment.

What Equipment do I need?

You might already have it. Check if your television is labelled ‘Freeview HD’. If it is not then you can buy a Freeview HD Recorder (set top box). Freeview has a list of models available here:

You will also be able to receive the channel if you have Youview, if it does not appear try retuning your Youview box.

Unable to receive your channel via Freeview here in Ashford, Kent. Will it be available soon.

I see ‘It’s in the Bag’ is showing next week but do you have any other Elsie & Doris Walters movies in your repertoire?

Hi Laurie – Yes, a few on their way. Stay tuned!

We missed “Pygmalion” when you broadcast it last week. Will you be showing it again please?

It won’t be too long – Keep an eye on the schedule – https://talkingpicturestv.co.uk/schedule/

Great channel ! … with one exception – why on earth do you have to include an episode of the trashy & appallingly bad “Burke’s Law” every single day !
It really is an incongruous interruption to the otherwise generally interesting and rewarding schedule of old and often neglected British cinema.
P.S. I’m hoping that sooner or later you’ll be showing the 1948 “Vice Versa” with Peter Ustinov, Roger Livesey etc. It’s been many years since I saw that gem !

Burkes Law has one of the highest ratings consistently and the ratings from this allow us to play some more obscure films at other times of the day.
Many thanks for your support 🙂

In order to receive Talking Pictures TV on Freeview, you will need to be within coverage and be watching on a Freeview HD television or Freeview HD recorder

Or – Enter your address into Freeview’s coverage checker to see if Talking Pictures TV is available in your area.

We seem unable to get Talking Pictures TV in our area, which is Gloucester. Do you have a ‘roll out’ schedule for your channel please?

I love Talking Pictures, a station i have dreamed of, proper films real actors well done, i do’nt need any other channels..

Talking pictures was there on channel 306 last night but it’s disappeared from my channel list tonight? Tried re tuning etc but it’s not finding it

Hi Jim – Have you tried finding the solution in our FAQ section? – https://talkingpicturestv.co.uk/faqs/

Will ‘ For The Love Of Ada ‘ be shown again