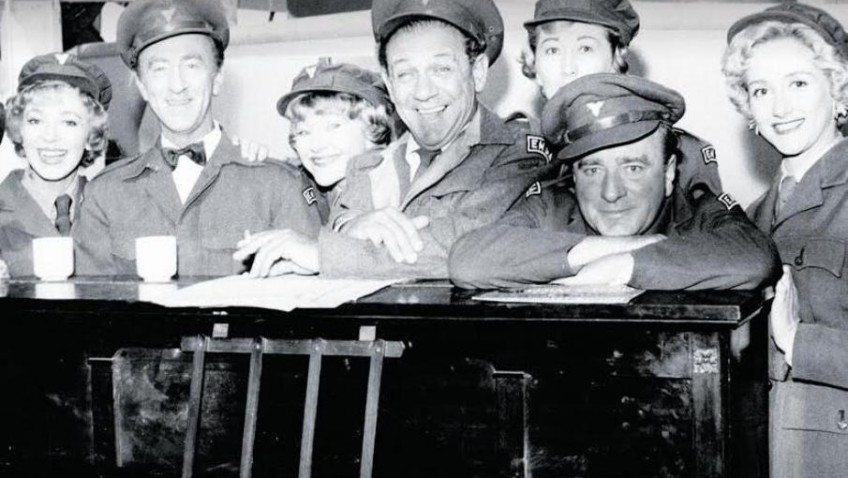 Talking Pictures TV News PROGRAMMES, RETRO, Talking Pictures TV, TELEVISION, TELEVISION SHOWS, TV CHANNEL, VINTAGE
0 likes105 views2 min
A brand new independent archive film and television channel has launched and it’s like going to the best cinema in the country, only now it’s in the comfort of your own home. The best news is it’s free, showing just what you want to see, and available whenever you want it! So, grab your bag of popcorn and ice cream, take your seat in the 1/9ds, and re-live some of the rarest gems from British film history; plundering the deepest and darkest vaults British film history to present a wide variety of nostalgic treats. Melt to the heart-breaking romance of Michael Denison and Dulcie Gray in ‘The Glass Mountain’. Gasp at the chilling horror of Sir Donald Wolfit in ‘Blood of the Vampire’. Bop to the pioneering rock ‘n’ roll of Terry Dene in ‘The Golden Disc’, and thrill at John Bentley as the dashing novelist cum amateur detective Paul Temple. Horror legend Boris Karloff brings his television sleuth to the big screen in ‘Colonel March Investigates’, ‘Dixon of Dock Green’ star Jack Warner plays an altogether tougher policeman in the Brighton-based thriller ‘Jigsaw’, and Michael Redgrave and James Mason join forces for thegenuinely creepy ‘Thunder Rock’. And that’s just the tip of the iceberg! The family run company headed by Father and Daughter Noel and Sarah Cronin TPTV also showcases classic series from across the pond, ranging from popular westerns to outstanding anthology dramas featuring such guest stars as Ronald Reagan, Ginger Rogers, and even Harpo Marx… With much of this solid gold screen entertainment unseen and unheard of for decades, Talking Pictures is proud to open up a treasure trove for the discerning devotee of British film: an exclusive club for an audience who yearns to return to that golden age of thrills, chills, laughs, and romance. Article originally published in the Mature Times
0 Facebook Twitter

Any cookies that may not be particularly necessary for the website to function and is used specifically to collect user personal data via analytics, ads, other embedded contents are termed as non-necessary cookies. It is mandatory to procure user consent prior to running these cookies on your website.